Just arrived in Punta del Este sans children which I count as my real holiday .. and finally have some time to catch up on the blog!

Last year ended in a rush, as it always does. Parties, end of school, work, cupcakes, planning for Christmas dinner and trying to avoid the traffic. We decided to stay at home for Christmas this year - flights are ridiculous, lots of people were around and I wanted the girls to wake up in their own beds this year for Christmas Day!

Christmas dinner here is celebrated on the 24th. Found a fantastic acogue (butcher) in Mercadão (phone number 3228-2855 who delivers to your house as well. 2 legs of lamb for R$120 plus motoboy delivery (fee depending on address). I had told everyone to come early not realising that there is absolutely no traffic on the 24th anyways.
On actual Christmas Day we booked into the Hyatt brunch which was fantastic. I didn't want to cook and clean again and this was the perfect solution - free flow sparkling, oysters and sushi (this will be my new Christmas tradition) plus a kids play room where they could stay with monitors.

For New Years Eve week we drove up to Rio and stayed in Santa Teresa. Amazingly had no traffic either way. It was extremely hot, the first day was almost 50'C... New Years Eve babysitter fell through so after a few hours of back and forth decided to take all the children down to Copacabana for the fireworks. For New Years eve, the only way to get into Copacabana (if you're not staying nearby) is to take the metro. You have to buy the tickets in advance (they do not sell on the actual day of the 31st) and you buy for an allocated hour and they only have a certain number of tickets available for each hour. For example, we bought tickets for 11-12pm with an open return. It was like we were living in Singapore again - the most orderly, efficient process I've experienced in Brazil so far. We arrived a little early but they let us wait inside the station until the clock turned 11pm. The metro popped us up 3 blocks from the beach - we arrived at 11:30pm, ate some candy floss and the others drank beer.. I was too worried about having to pee!! and also Lei Seca - the drinking law is so rigorously enforced in Rio I didn't want to take the risk. The fireworks were amazing, the kids slept through the second half of them but it was worth it just to say we've done it! We rushed back to the metro thinking there would be a mad rush but it was completely empty and we had the kids in bed by 1:30am. 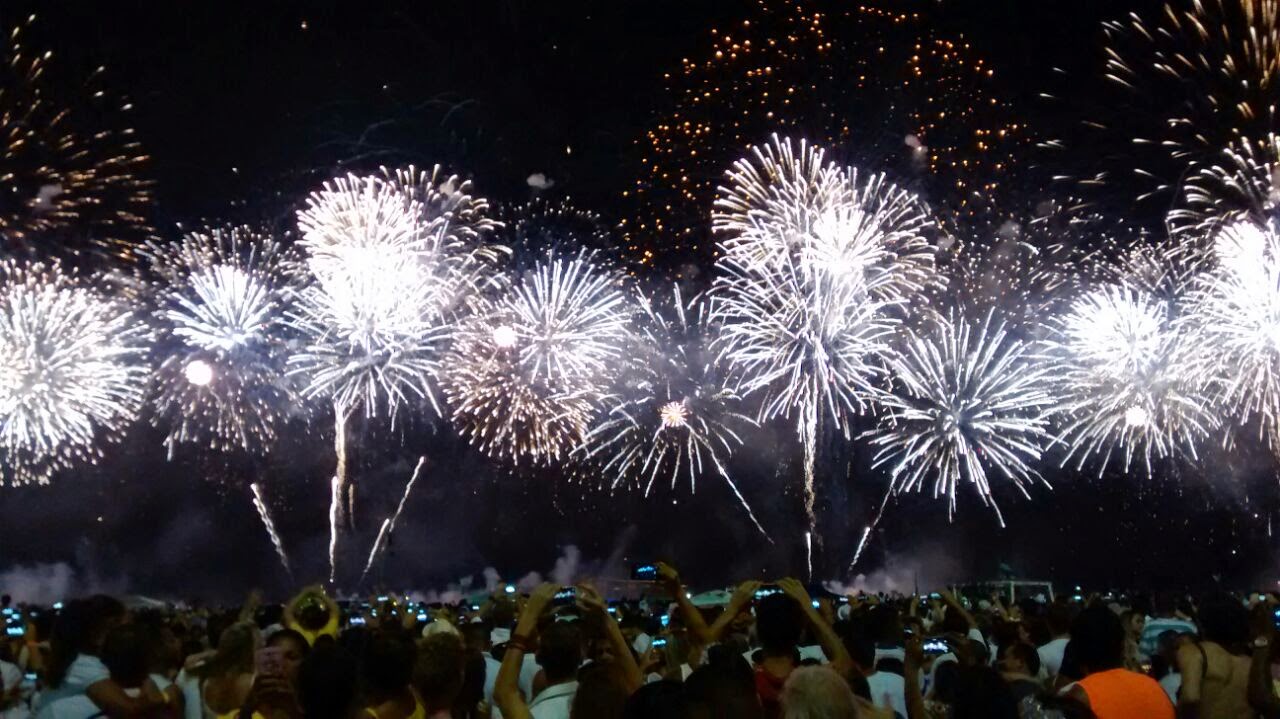 We've been to Rio a couple of dozen times now so it was fun exploring another neighbourhood. People think Santa Teresa is rough and dangerous, it is.. just like the rest of Rio. Our friends were in a "arrastou" (portuguese for "drag" i.e. a group of more than 20 kids will run on the beach and rob beachgoers in one sweep, or drag) on Ipanema beach one day and we could hear someone being robbed down the road in Santa Teresa (the girl came up the road crying 10 minutes later). The crime is much more in-your-face in Rio and I was definitely on higher alert here. An amazing restaurant to try is Espirito Santo - great creative menu and they use alot of the jambu leaf from the Amazon, traditionally used as an anaesthetic as it gives your tongue a slight numbing sensation. Go early or book.

The bookshop in the middle of Santa Teresa has live samba on Saturday nights - entrance use to be R $5. Beers sold through a small window - a great cheap option for a night out.

Down on Copacabana, we had dinner at Amir's, a great lebanese restaurant , if you're looking for something different.

We also went to check out Ilha da Paquetá which is a 40 minute ferry ride from Praça XV in Centro. It's an island that traditionally rich Cariocas kept holiday houses on. The water became very polluted from Guanabara Bay (the same water that feeds the polluted waters of Botofogo) and most people moved away. There are still over 3000 residents with 40% of them who commute to Rio for work. There are no cars on the island so you can go around by either horse and carriage (barter please, we got completely ripped off - R $100 for a 20 minute ride around the island) or by a bicycle taxi. Lunch was fine - not many options. The island is really lovely and the streets are well kept, and they have a cemetery for just birds.. but the water was so disgusting that we had no interest in spending time on the beach there. The girls loved it for just the ferry ride so all in all was worth the trip! 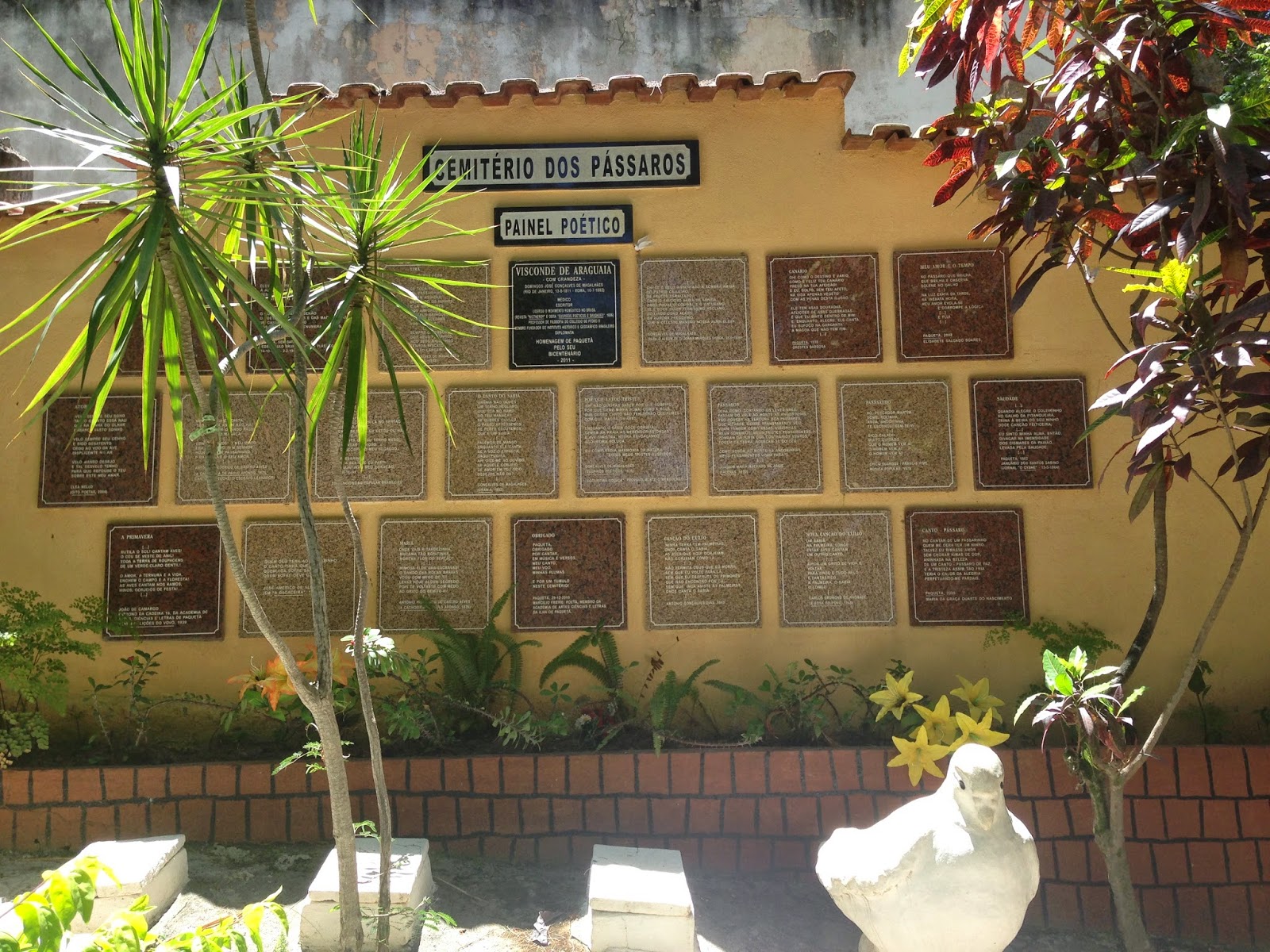 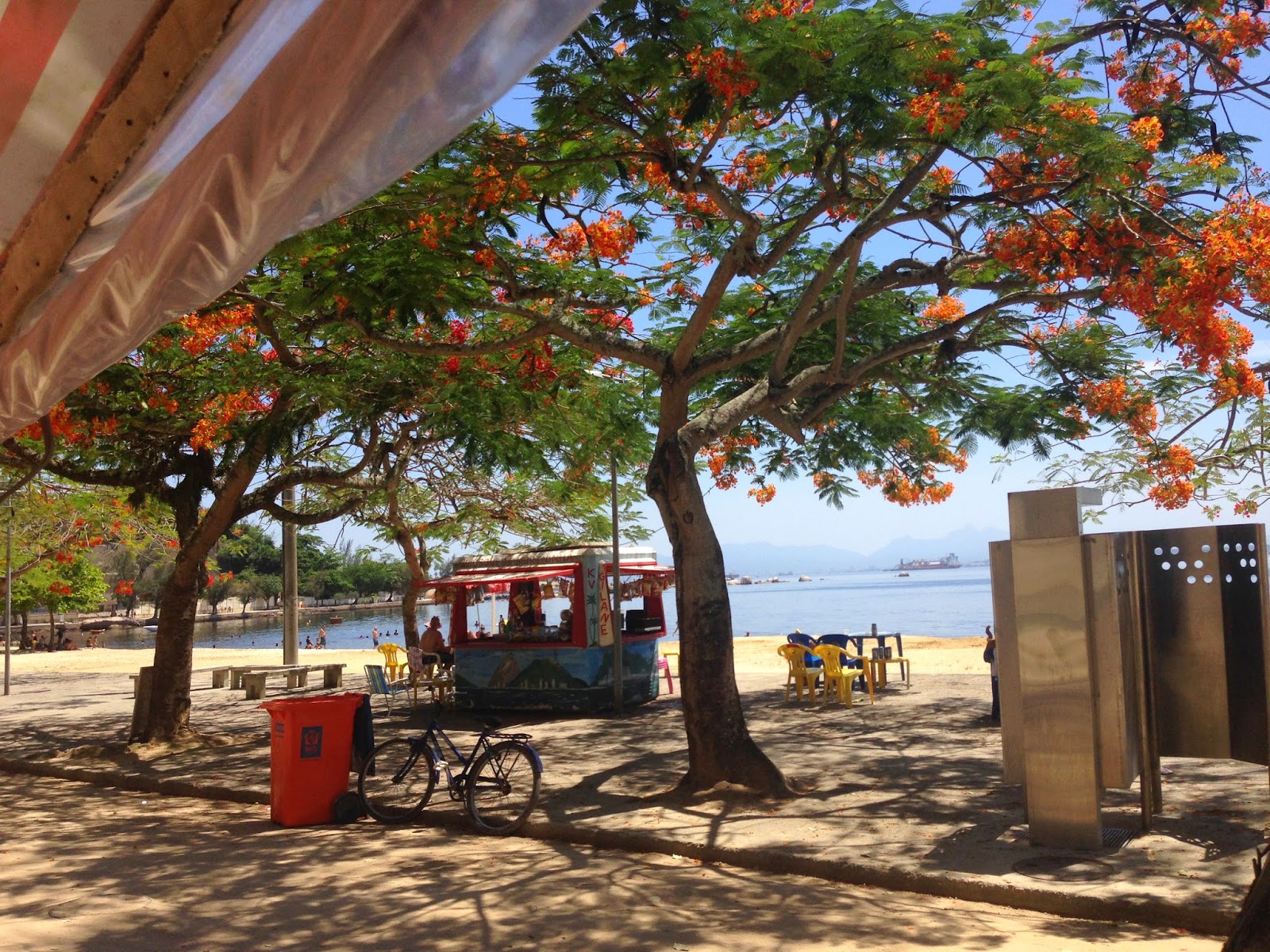 And last but not least, for the coffee lovers out there check out the side cafe that the jeweller Monica Ponde puts along side her beautiful jewellery shop! They serve a Jacu Petit Noir; Jacu is a bird that eats coffee beans and the "processed" beans are then picked out for a delicious coffee... also not the cheapest coffee at R$12. Rua Visconde de Pirajá, 365B, Lojas 5 e 6.