"FIFA and Bribery go together like peanut butter + jelly"

A chance for you to practice your portuguese...

It's now a week out from the first match. I've had dozens of conversations (most of them anti-World Cup) with English friends who have only seen the most negative of the negative news about Brazil; and with Brazilian friends, who are so embarrassed for their country and others who are excited. I've seen a little bit of build up but it still seems pretty calm a week out in São Paulo compared to the last World Cup. Even if people want to show their support for their national team, they probably feel embarrassed because so may people are so vocally anti. Lots of "vergonha" in Brazil right now.

My background is in sports; I use to organise football tournaments in Asia for the Asian Football Confederation. Not quite World Cup scale though. I think the World Cup is a fantastic event (FIFA aside) and  passionately believe that sport brings people together in the same way that music, love, religion and politics does.

The World Cup should happen. It's not just an amazing spectacle and experience but an almighty useful platform for putting out your message to the world.  Just recently it was the Sochi Winter Olympics which was and will always be connected now to gay rights movement, thank you very much Russia! (favourite video to come out from that is here). So I say, YES! go ahead and protest (nicely) on the streets of all the host cities, get infront of those televisions, talk to people visiting, streak across that football pitch and get the message heard (and enjoy some of the football too).

People are obsessed and disgusted by the obscene amount of money that has been spent (squirreled away into someones pocket) in the name of football but I think they are fooling themselves to think that if the World Cup didn't happen, then they would all of a sudden have 80 billion to spend on hospitals, schooling and infrastructure. 12 stadiums instead of the required 8 was silly; as well as building extra stadiums when they had perfectly decent ones; and the politicians receiving a daily allowance when they travel to games; and .... the list goes on. Brazil definitely does not get the prize for best organised event.

But instead what I see is a nation that is buoyed and excited* to have a united voice and having faith in something else because all they've had before is God and/or a corrupt government. That something else is irrelevant;  faith and beliefs are essential societal traits and if a group of people can band together and decide that the World Cup should not come to Brazil then Hallelujah! Since the first big manifestations last June there have been non-stop protests for everything you can think of. Whether this actually has had political impact up until this point, I don't know, but  generally speaking the social mindset is that of change. Life is being lived.

*when I say excited here I don't mean to be happily excited, but excited because they are motivated and gaining momentum

Check out the new Beats ad too!

On a little side project we worked on some travel tips with the fabulous Messina sisters from All Type Translations to come up with local, secret tips for the Brazil World Cup, Sao Paulo and Rio.

You can purchase or trial jam.travel.brazil.world.cup on Amazon Kindle app. The idea is that you don't get just your general touristy tips but little secrets that show you a side of this country that we love!!! Obviously there are more than 101 things to say or do but we've picked some of our favourite sayings, essential words, and best experiences so you can make the most of your visit here!

Here are some sample cards from the jam.travel.brazil.world.cup edition! 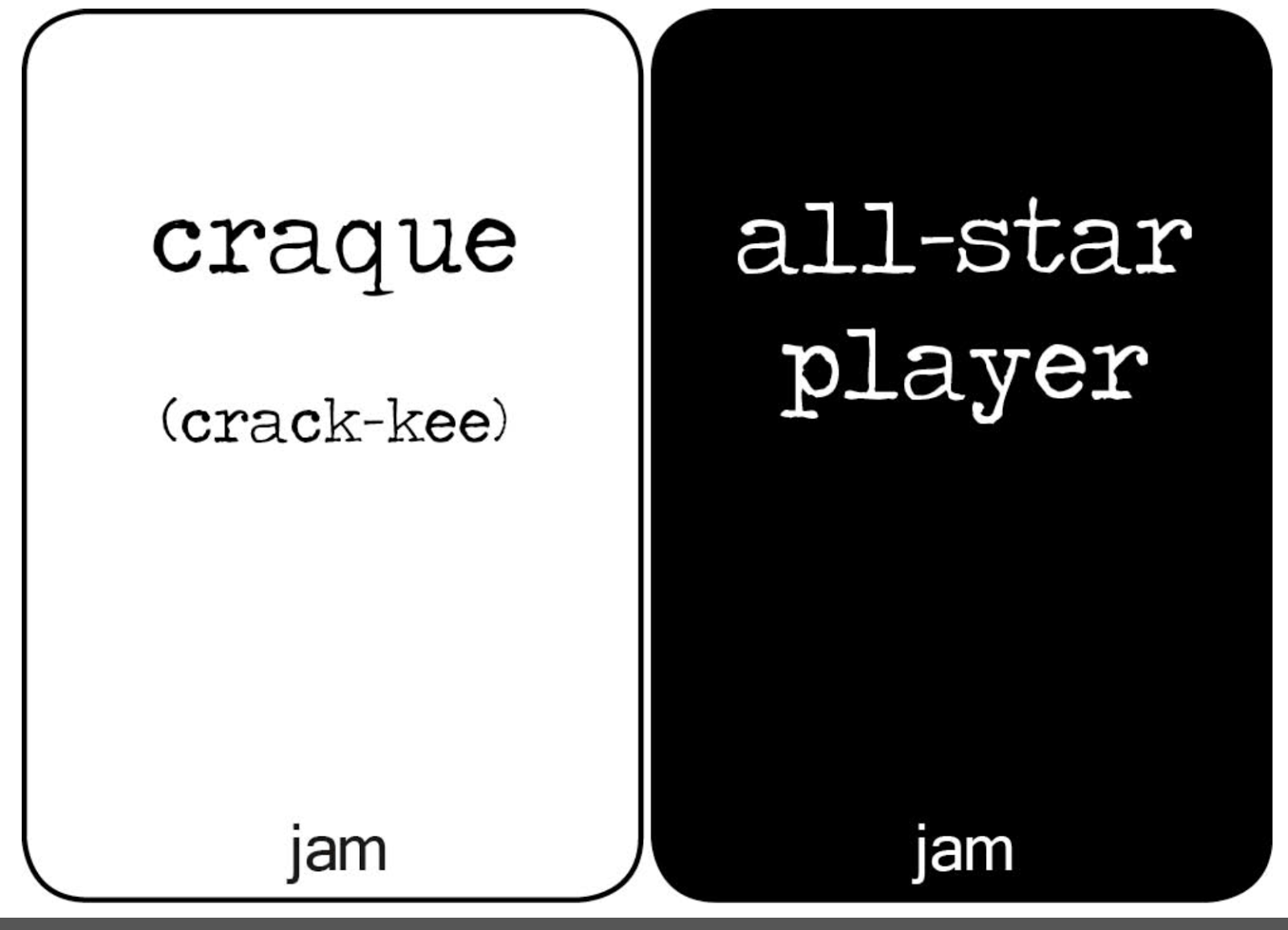 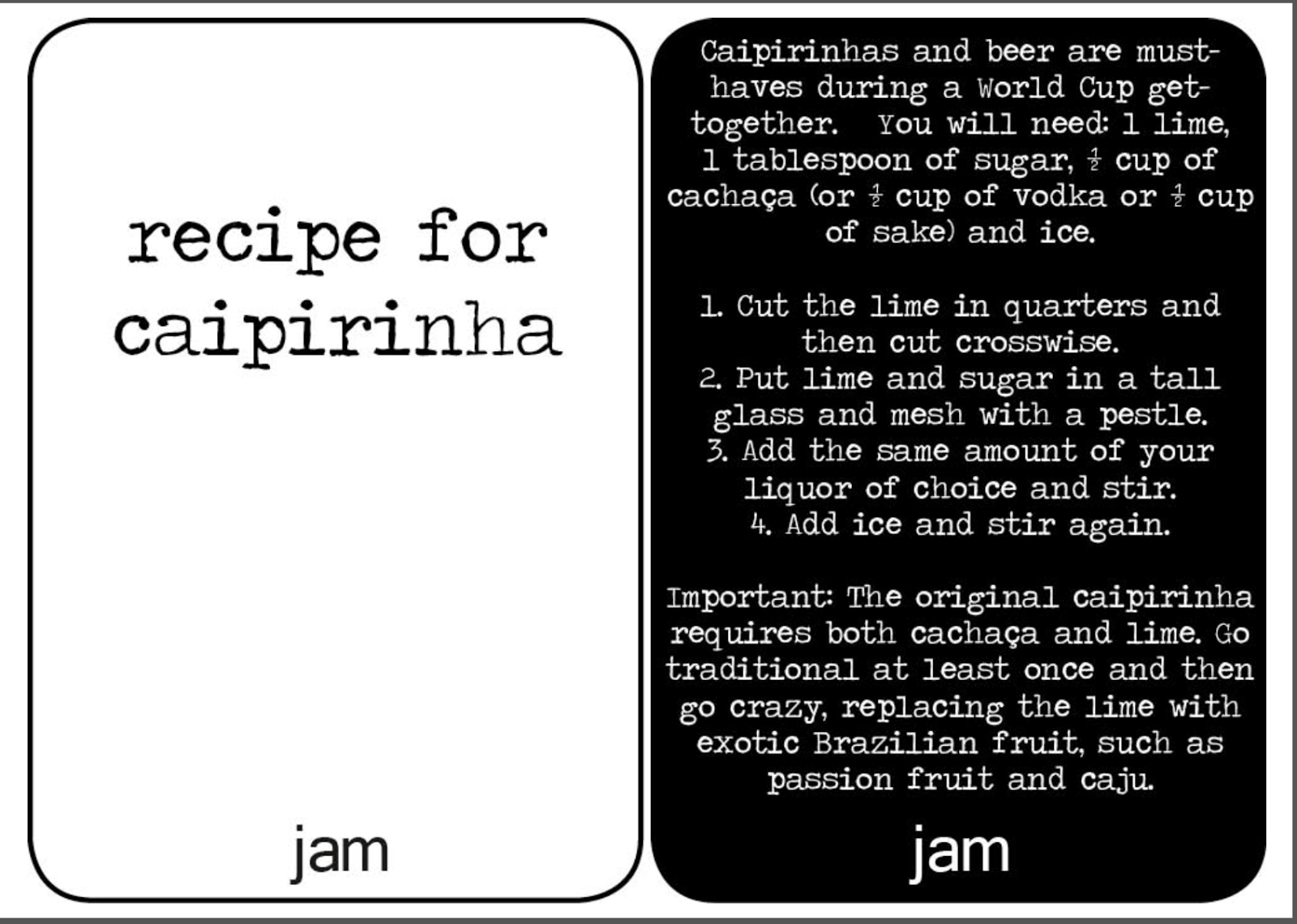 
My new favourite word in Portuguese. It's the name for the cut of meat that is from between the ribs. It's super fatty, melt-in-your--mouth, straight off the churrasco and now available from the new gourmet butchers in Itaim, Feed. Everything there is pre-packaged so I would argue that it's not a true butchers / "acougue" (pronounced "ah-sore-gee", like "A Sore Knee" - how I like to remember brazilian words I struggle with...) but with over 70 different cuts, named after their dishes and a